WASHINGTON — Motortronics, a small-business manufacturer based in Clearwater, Florida, has been named an Exporter of the Year by the Export-Import Bank of the United States (EXIM). The company, which has used EXIM’s export credit insurance and working capital programs to support its international sales since 2007, was awarded today at EXIM’s 2021 Annual Conference being held virtually September 21-23.

“I am honored to recognize Motortronics for its outstanding contributions to fulfilling EXIM ’s mission of supporting American jobs by facilitating U.S. exports,” said EXIM Acting Senior Vice President of Small Business and Vice President of Women- and Minority-Owned Business Outreach Tamara Maxwell. “Approximately 90 percent of EXIM’s authorizations directly support small businesses such as the exporters being awarded at the annual conference. We are dedicated to facilitating the exporting success of U.S. small businesses as they compete in the global marketplace and support American jobs at home.”

Motortronics is a leader in the manufacturing of solid-state AC motor controls and motor production products serving the industrial markets. The company’s products help electrify and protect motors and equipment that serve most all essential markets such as fresh water, waste-water, oil, gas, semiconductor, HVAC, and refrigeration. This small business has relied on EXIM since 2007, using both export credit insurance and working capital guarantees. The company ships to buyers in more than two dozen countries and has credited EXIM with the ability to enter markets around the globe and win new customers in developing countries to obtain their products.

“EXIM is a great partner to help expand your business. For any small business wanting to expand their footprint, EXIM's programs allow you to become competitive in the world market and provide products and services in areas of the world that were previously not attainable to you.   All you need is a good banking relationship and a great EXIM broker and ‘the world is your oyster,’” said Motortronics President Jim Mitchell and Vice President Administration Joyce Mitchell.

Since 2014, EXIM has supported exports valued at $6 billion from 563 companies—including 472 small businesses such as Motortronics—across Florida.

U.S. companies, particularly small businesses, can utilize EXIM’s financing tools and resources to increase their international sales, showcase their “Made in the USA” products, and create and sustain American jobs. By partnering with EXIM, exporters can mitigate the risk of nonpayment on international sales, offer credit terms to foreign buyers, and access working capital loan guarantees. In addition, EXIM has implemented several COVID-19 (coronavirus) relief measures for U.S. exporters and financial institutions to enhance the agency’s existing programs.

The Export-Import Bank of the United States (EXIM) is the nation’s official export credit agency with the mission of supporting American jobs by facilitating U.S. exports. To advance American competitiveness and assist U.S. businesses as they compete for global sales, EXIM offers financing including export credit insurance, working capital guarantees, loan guarantees, and direct loans. As an independent federal agency, EXIM contributes to U.S. economic growth by supporting tens of thousands of jobs in exporting businesses and their supply chains across the United States. Since 1992, EXIM has generated more than $9 billion for the U.S. Treasury for repayment of U.S. debt. Learn more at www.exim.gov. 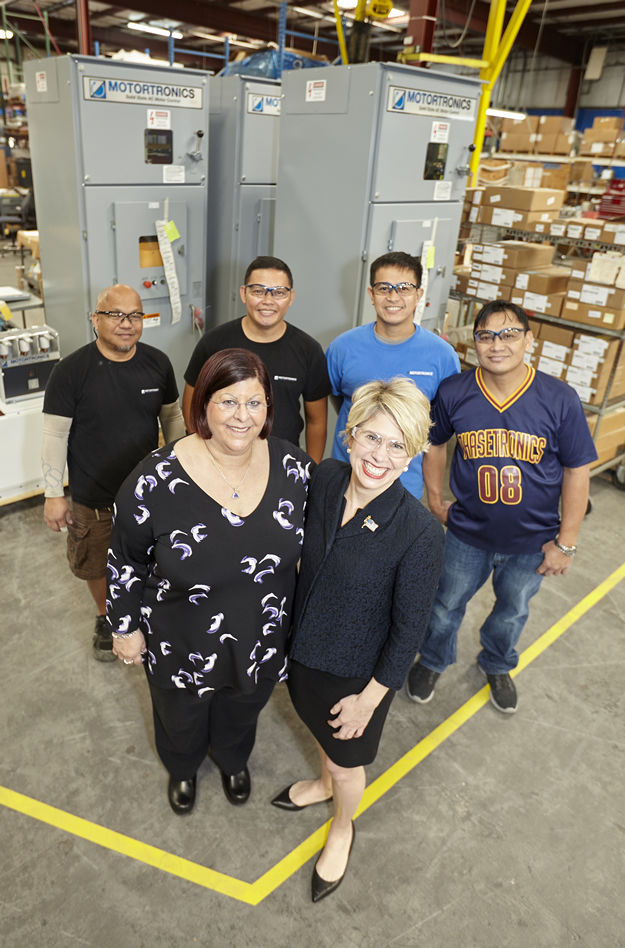 On stand 139 at SPS, Motortronics™ will unveil the world’s most innovative and largest range of soft starters. These energy-saving motor control solutions are introduced as part of the official launch of Motortronics™ new European operations.

Motortronics™ provides low and medium voltage soft start solutions for every type of AC motor from 1.1 kW to 15,000 kW.

VMX-synergy™, VMX-agility™ and VMX-PFE™ low voltage soft starters cover up to 1,080 A with features such as pre-programmed smart application suites and ‘3S’ soft start technology. As well as reducing lost energy, these soft starters are up to 80% more efficient than a variable frequency drive (VFD) running at line frequency. With an internal bypass they also deliver 0% harmonics and 99.9% efficiency.

The unique Intelligent Energy Recovery System (iERS), included as standard on the VMX‑synergy™, is a world-first for a soft starter. It improves power factor performance and allows energy savings of up to 32% to be achieved in lightly loaded, fixed speed applications.

Innovation in soft starting and motor protection is taken to a new level with StartView MLink, the PC based configuration and monitoring software. As well as easy configuration of soft starters, this software makes a back-up, maintenance and comparison of parameter sets, firmware updates and a host of other functions available on your PC.

Motortronics™ is one of the world’s largest soft starter and control manufacturing specialists with operations in USA, UK, Korea and China. Motortronics™ UK was established on 1st August 2019 to spearhead the groups’ growth in the European market following the acquisition of Fairford Electronics in 2018. 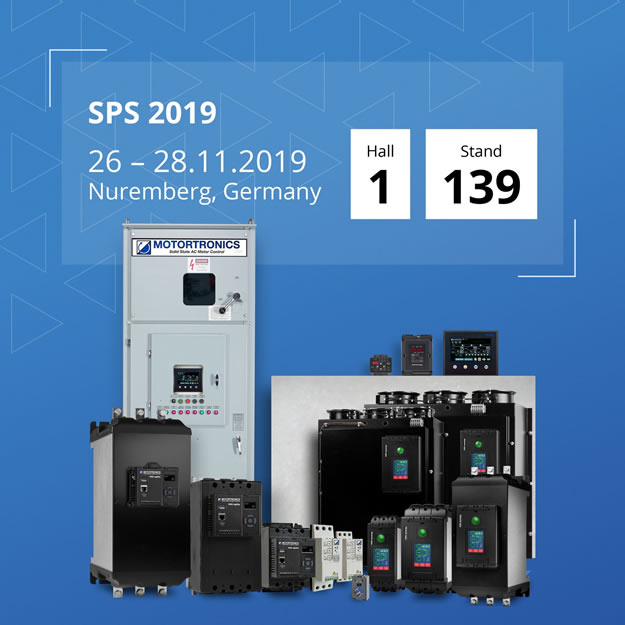 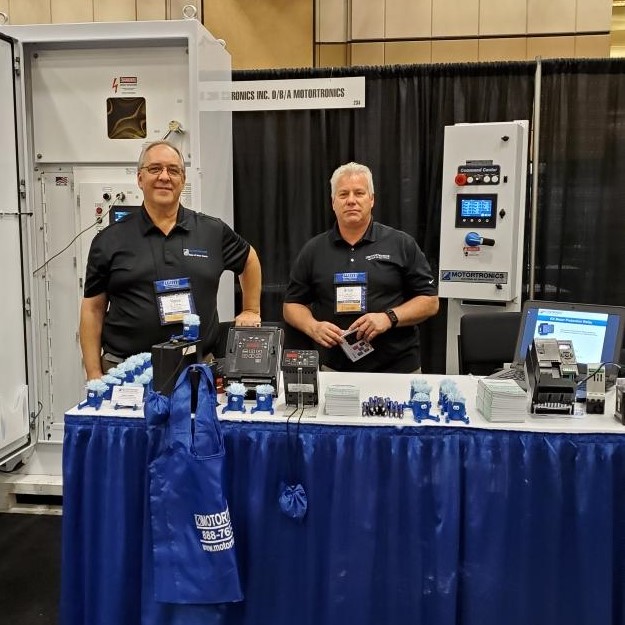 RETA 2019 National Conference in Las Vegas. Keeping industrial refrigeration engineers and technicians at the event informed of the latest developments at Motortronics are Steve Podobinski, National OEM Sales Manager (left) and Brian Seman, National Sales Manager. They would be delighted to see you on Booth 234. Stop by and say hello, we guarantee a warm welcome and some exciting control solutions for industrial refrigeration – saving energy and putting you in control. 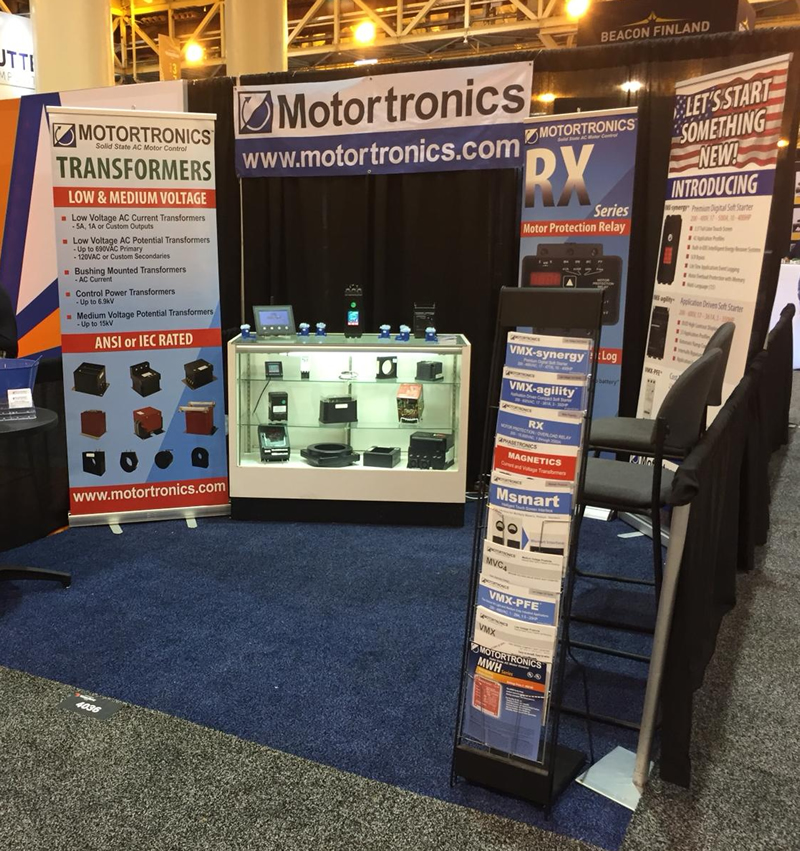 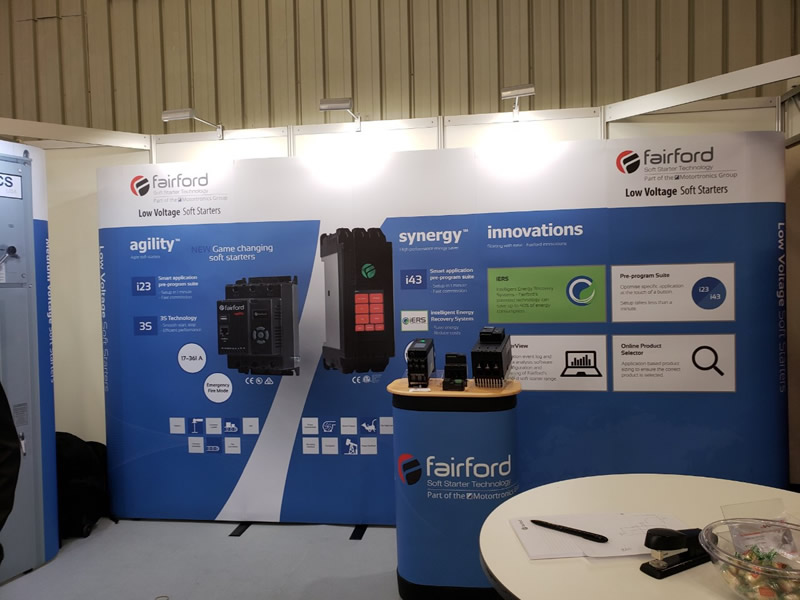 Acting for Motortronics, the Corporate Finance Team at Thomas Westcott carried out the financial due diligence on Fairford Electronics before the acquisition could be completed.

Alison Watts, who heads that Corporate Finance Team, said: “Fairford, which has been trading since the late ‘70s, has an outstanding reputation both here in the UK and worldwide and are an excellent fit for Motortronics, itself a global leader in the sector.”

She added: “This announcement not only demonstrates that international companies are keen to do business with their UK counterparts, but also that here in the South West we have the professional skills and expertise to facilitate such deals and get them over the finishing line to the satisfaction of all parties.”

Nash and Co acted for the Motortronics group on the transaction, dealing with the legal due diligence and acquisition documents.

Tim Jackman, head of the Nash Corporate Finance team said ‘This was a great deal in which to be involved.  It is great to see such a professional and experienced international group investing in this highly respected South West business. I was lucky to be involved over 10 years ago when the business was sold, so it is fantastic to be involved again in the next chapter for Fairford’.

Motortronics believes the deal will support the company’s growth plans and help accelerate its entry into new markets.

Mark Shepherd, Fairford Managing Director, said: “Motortronics’ strength in medium voltage and soft starters, combined with our own expertise in low voltage IEC soft starters, provides a major growth opportunity for both businesses and extends the product range for all our customers.”

The senior management team at Fairford Electronics will remain unchanged and the company will now trade as: “FAIRFORD – a part of the Motortronics Group.”

Established in 1979, Fairford is one of the industry’s leading innovators of motor control equipment. With design and production facilities in Ivybridge, UK, Fairford distributes its products via a Worldwide network of trusted distributors and brand label partners across the Industrial Automation industry.

ABOUT MOTORTRONICS
Motortronics is a worldwide-leader specializing in the manufacturing of solid state AC motor controls and motor protection products. Founded in 1982, the company’s headquarters are located in Clearwater, Florida and have additional facilities in the British West Indies, China and South Korea.

The company has shipped over 2 million solid state starters and controllers to virtually all industries around the world, amassing more real world experience than any other manufacturer in the business. With over 600 employees in multiple facilities and authorized sales & service representatives located around the globe, Motortronics is now one of the largest manufacturers of solid state power controls in the world.